[Infographic] The Anatomy of a Great Leader

Meet James. James is 31 years old and was recently promoted to a management position at the advertising agency where he works. He now has a team of six people reporting directly to him.

Sure, James is excited about the opportunity and the increased responsibility (not to mention the bigger paycheck!). But, there’s also that feeling of nervousness brewing in the pit of his stomach.

While he has the new business cards and the fancy title that designates him as “the boss,” James wants to be more than that. He wants to be viewed as a leader—not just because his new rank within the company makes him one, but because he inspires that respect and admiration in the people he directs.

This is all new to James. And, although he’s had plenty of great leaders and role models in his own life, he’s having a tough time boiling those examples down to the nuts and bolts. He has one big question on his mind: What makes for a great leader? Is there some sort of recipe he can follow?

Not exactly—it’s different for everybody. But, with that said, there are a few common qualities that great leaders share. Here are eight of them that James (and, well, you!) should be sure to work on.

Take your soft skills to the next level with our comprehensive (and free) ebook!

These 8 attributes make a leader great

1. A great leader is respectful

Great leaders command respect. Duh, right? However, this involves more than being some sort of figurehead who demands admiration from everyone around them.

The best leaders receive respect from their reports by respecting them in return. They value the suggestions and ideas of the people that they lead. They’re open-minded, rather than doling out instructions and demands. They encourage others to chime in and challenge the status quo.

It might be easy to think of a leader as someone who sits in an office (or, you know, a throne) and tells everybody else what to do, but there’s much more to it than that. If you want to get respect, you have to give it.

2. A great leader is an effective communicator

Communication is key. You’ve heard that too many times to count. But, effective communication becomes even more important when you’re a leader who’s directly responsible for the success of your team.

An online poll of 1,000 U.S. workers revealed that a whopping 91 percent of people believe that communication issues drag executives down—proving that this needs to be a major point of emphasis for leaders.

From recognizing employee achievements to properly delegating and ensuring that everybody’s on the same page to dedicating the necessary time to one-on-one conversations and feedback sessions with your team members, there’s tons of communicating that needs to happen when you’re the one in charge.

But, it’s important that you make it a priority. A leader who can’t successfully communicate will likely do more harm than good.

3. A great leader is confident

Let’s go back to James for a moment. He’s incredibly nervous about the new position he’s found himself in, and he’s not feeling at all self-assured about his capabilities to handle this sort of role.

Now, ask yourself this: Will James inspire trust and confidence in his direct reports if he’s up there shaking in his boots and waffling on decisions? Probably not.

To be truly viewed as a leader—whether you have the job title to prove it or not—you need to have a hefty amount of self-confidence in your skills and your decisions.

Sure, a little bit of doubt is normal every now and then. But, if you’re constantly undermining your own qualifications and choices, you’re not going to come off like somebody who’s worth listening to—let alone respecting.

As Francisco Dao says in his post for Inc.:

Self-confidence is the fundamental basis from which leadership grows. Trying to teach leadership without first building confidence is like building a house on a foundation of sand. It may have a nice coat of paint, but it is ultimately shaky at best.

4. A great leader is decisive

A person who constantly flip flops back and forth on decisions is not only inefficient, but also ineffective. As the leader, it’s your responsibility to analyze the situation and determine the best way to move forward.

Let’s face it—leaders often have to make challenging choices. Maybe they don’t have enough information, yet need to decide to press on anyway. Or, perhaps they need to cause a delay in order to gather more knowledge that they deem necessary.

Making decisions is almost never easy—which is why it’s a duty that’s often left up to the person in charge.

5. A great leader is honest

Transparency is huge. People like to feel like they’re kept in the loop on why certain decisions are made or why specific goals are set. When they feel as if they’re shut out of these important conversations, the begin to lose trust in their leader.

Sometimes being honest means telling some hard truths. There’s no sugarcoating it: that sucks. But, being as forthcoming and transparent as possible is still an important characteristic for great leaders.

In fact, in a survey of over 100,000 people, 89 percent reported that their most valued leadership quality is honesty. Yet, in a separate survey of over 33,000 respondents, only 20 percent of people trust their leaders to tell the truth.

There’s an obvious dichotomy here. So, if you can foster a reputation as a leader who’s always going to be a straight shooter—even when the news isn’t good—you’ll be a step ahead of most.

6. A great leader is positive

Leaders are often involved in difficult discussions and hard decisions, which can make it tough to maintain a rosy outlook. But, those who manage to look on the bright side always gain more favor with the people that they lead.

Positivity ranks up there in important qualities of leaders as well. A study of hundreds of entrepreneurs conducted by The Alternative Board concluded that they believe positivity is the most important trait a leader can have—with 47 percent of respondents citing this quality.

There will always be some disagreement over what leadership trait truly ranks as number one (in all honesty, there really is no black and white answer). However, what this point does illustrate is that effective leaders don’t turn into gloom and doom in the face of hardship. Remain upbeat, and you’re sure to inspire that same attitude in others.

7. A great leader is trustworthy

Of course, great leaders inspire trust in the people they lead. Their reports feel confident in the fact that their leaders will make smart decisions and avoid leading them astray.

But, much like respect, trust is also a two-way street.

Leaders also place a great amount of trust in other people. They arm them with the information and tools they need to be knowledgeable and successful. But, after that, they get out of their way and trust their direct reports to steer their own ships.

One survey shares that 79 percent of people state that they have been micromanaged at one point or another. And, in a separate survey, employees singled out micromanagement as one of their most significant barriers to productivity.

Unfortunately, attempting to dictate your employees’ every move can be an easy trap to fall into. But, if you want to be viewed as an admirable leader, don’t forget to take a step back and analyze whether or not you’re over-involving yourself.

8. A great leader has a sense of humor

Even for the best of leaders, bad things happen. Setbacks occur and roadblocks pop up when you least expect them. But, like so many things in life, it’s not necessarily about what happens—it’s about how you respond to it.

Great leaders bring a sense of humor to the workplace. No, this doesn’t mean that they laugh off dire situations and never grant things the serious attention they deserve.

However, they don’t take absolutely everything so seriously. They’re willing to laugh with their employees, occasionally poke fun at themselves, and enjoy the accomplishments and wins that happen along the way.

A sense of humor is part of the art of leadership, of getting along with people, of getting things done.

And that's what makes a leader great

Whether you’ve recently found yourself in a new leadership position like our fictional buddy James, or you just want to know what it takes to be viewed as a great leader, being in tune with these eight important qualities is sure to set you off in the right direction.

As mentioned earlier, there’s no tried and true, black and white formula for being a flawless leader (let us know if you find one though, ok?). And, even if you try your best to embody every single one of these important traits, you still won’t be a perfect leader—there’s really no such thing.

But, if you can do your best to live up to these qualities and—most importantly—value and respect the people you manage, you’re sure to lead the charge far better than most.

Gain the soft skills you need to succeed 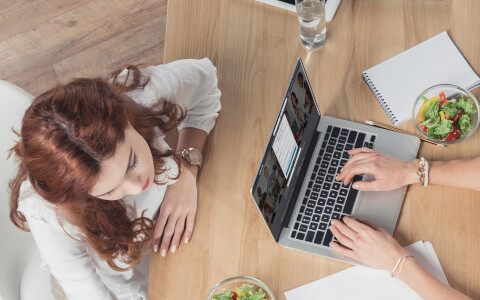 LinkedIn Profile Tips - 24 Ways to Get Hired on LinkedIn 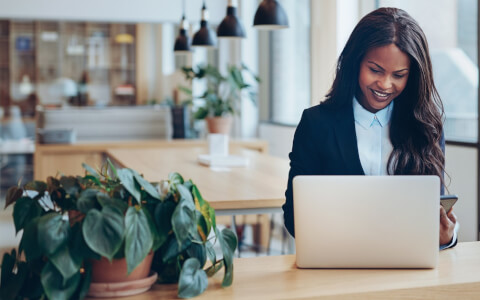 100 Resume Adjectives (and How to Use Them Right)

Resume adjectives can take your resume from good to great. Use this as your guide to stand out from your job search competition. 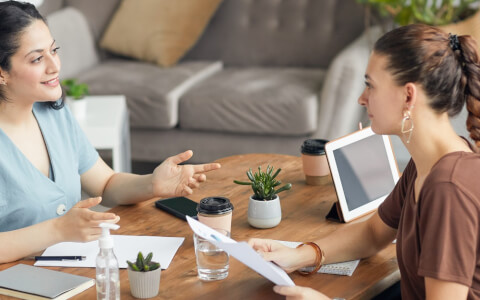 8 Tough Interview Questions and Answers to Ace Them

Get ready to ace your next job interview by preparing for those tough interview questions and answers.