How to Use the IF Function in Excel

There are three possible arguments in the IF function. The syntax is as follows:

As far as Excel arguments go, this syntax is a little unusual. This is because even though both the second and third arguments are shown in square brackets [meaning that they are optional] in the case of the IF function, at least one of the two optional arguments must be provided. This is so that Excel knows what to do.

How to use IF in Excel

Since it’s a logical function, the first argument (logical_test) is used with the standard logical operators >, <, = (greater than, less than, equal to, respectively).

The following combinations of these operators are also used for even more specific comparisons.

In the accompanying example, we want the behavior of cell D19 to be influenced by the value of cell C19.

We would represent the above instructions as follows:

Note that text values are between double quotes, but numerical values are not.

If the value_if_false argument is omitted, a FALSE value is returned if cell C19 says “No”.

The IF function can also be set to return a mathematical calculation instead of a specific value. For example, if a delivery cost of 10% of the subtotal is to be charged instead of 40 euros, the value_if_true can be expressed as a formula. The input in cell D19 would be:

We can use nested IF functions to build a single formula that accounts for different scenarios. A nested statement is one where one function is used as the argument of another function. Expanding on our previous example, we could have two cells being evaluated in order to determine the outcome of cell D19:

The order in which Excel evaluates and applies these statements is important since the first TRUE condition will override each subsequent condition. Therefore, nested IF functions should be listed in order of priority.

In this case, if the subtotal is greater than 500 euros, then waiving the delivery fee will override the 10% calculation.

Stated separately, the Excel statements would be:

Represented as a decision tree, the above logic would look like this: The correct way to nest both IF statements is as follows:

The statement with the lower priority becomes the value_if_false of the previous statement. The three possible outcomes are shown below.

Scenario 1 - Subtotal is greater than 500 euros and customer requests delivery.

Scenario 2 - Subtotal is not greater than 500 euros and customer requests delivery.

Scenario 3 - Subtotal is not greater than 500 euros and customer does not request delivery.

Of course, there is also a fourth scenario. The customer’s subtotal may have been greater than 500 euros, but no delivery was requested. Since the value in the Subtotal cell is considered the overriding consideration, then “Fee Waived” will be displayed in cell D19, whether or not C19 is equal to “Yes”. The outcome would be the same as that in Scenario one.

IF combined with OR, AND

The IF function also enables customized responses when nested with the OR and AND functions rather than the default TRUE or FALSE return values.

In the example below, students get a “Pass” or “Fail” result depending on their letter grade. An A, B or C grade is considered a Pass, and a D or F is a Fail.

An OR statement would seek to determine if at least one of the following conditions is true:

This simple formula would be written:

The format for nesting the IF/AND functions is similar. In the example below, students who receive 85 or higher on both their quiz and final exam are considered outstanding.

Since both criteria must be met, the AND function would be nested with the IF function in order to customize the output in column D.

The text “Outstanding” is returned if both conditions are met. If one or both conditions fail, the value_if_false can be set to return an empty string, represented by empty double quotes.

If you intend to use Excel extensively, the Excel IF function is definitely one you’ll want to get comfortable with. In fact, there’s a whole family of IF functions just waiting to make your life a whole lot easier.

To learn more essential Excel functions try our Microsoft Excel - Basic and Advanced course today. Or start with some formula basics with our free Excel in an Hour course. 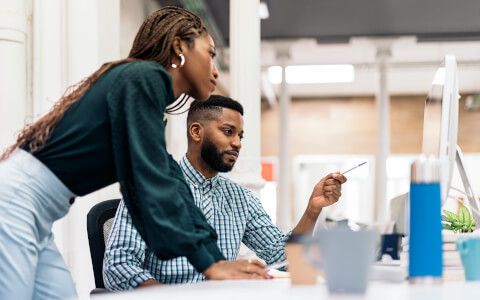 How to Use the Data Analysis Toolpak in Excel

The Excel data analysis toolpak is a handy helper that analyses complex or large data in a heartbeat. 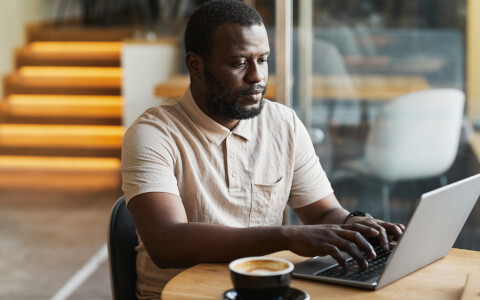 How to Sort a Pivot Table

Wondering how to sort a pivot table? Learn how to sort in basic and custom orders in no time! 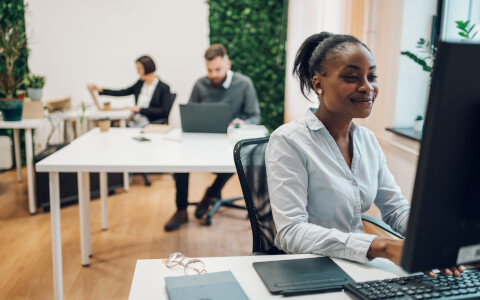 How to Subtract in Excel

Ever wondered how to subtract in Excel? Knowing this operation can simplify some of the most complex data.