Everything You Need to Know About Becoming a Microsoft MVP

When it comes to your own professional development and standing out in a competitive career field, there are plenty of things you can do to gain an edge. But, one of the best strategies? Awards, designations, and other formal recognition.

Why? Well, whether you’re actively job searching or simply aiming to continue improving your professional reputation, receiving some sort of prestigious honor puts another jewel in your crown, so to speak.

Rather than just stating that you’re experienced with something, formal recognition takes things a step further and proves that you truly excel in that particular area.

For Microsoft whizzes in particular, there’s one award program that’s incredibly distinguished and esteemed, but also surrounded by quite a bit of curiosity: the Microsoft MVP Award.

Here at GoSkills, several of our instructors are actually Microsoft MVPs — so, we know it’s a formal way of recognizing professionals with the greatest expertise. With that in mind, let’s dig into everything you might want to know about this particular designation.

Take your Microsoft Office skills to the next level with our comprehensive (and free) ebook!

What is a Microsoft MVP? Within Microsoft, the MVP acronym stands for “most valuable professional,” which is an annual award given to various contributors within the technical community.

“I would describe it as a group of passionate professionals who invest in the community — many of us do this in our personal time — to help others better understand the Microsoft technologies that we specialize in,” explains Michelle Caldwell, who has been a Microsoft MVP in the Office Servers and Services category for the past four years, and was also designated as a Microsoft Regional Director.

Put simply, you can think of the MVP award as Microsoft’s way of recognizing and rewarding the people who are experts in particular Microsoft technologies, and then use that knowledge to educate and inform others.

Since Microsoft spans a wide array of tools and services, there are 18 different award categories that MVPs can fall into. These include:

There are now more than 4,000 MVPs spread across the globe. But, considering that award selection spans over 90 countries and millions of active users, it’s an incredibly renowned honor for those who are passionate about Microsoft technologies.

Because this is an annual award, Microsoft MVPs only retain their status for one year. MVPs need to continue to demonstrate their commitment to the technical community in order to have their status renewed. If, for whatever reason, an MVP isn’t renewed, they can go through the application process again to attempt to secure another designation.

What are the benefits of becoming a Microsoft MVP? Of course, the prestige that comes along with being named a Microsoft MVP is one of the best benefits that recipients enjoy. Beyond that recognition, MVPs get their hands on numerous other perks, including:

It’s important to note that MVP award recipients don’t work directly for Microsoft, which means this impressive recognition can also serve to bolster their credentials and boost their careers.

“If you’re an MVP, you can use this as a credential for a better job or more consulting and contracting opportunities,” explains Adam Bertram, an MVP award recipient in the Cloud and Datacenter category for the past three years.

But, while you can’t deny the numerous benefits that come along with this recognition, for most MVPs it’s not about the honor — they just enjoy giving back.

“I would do this regardless of being an MVP or not,” explains Caldwell, “However, it is very nice to get acknowledgement from the community and product team for the hundreds of hours of my personal time that I have committed to the cause.”

How to become a Microsoft MVP This all sounds great, right? So, now you’re left with one big, lingering question: How do you actually become a Microsoft MVP?

Well, Microsoft will be the first to admit that there isn’t one prescriptive way to get there — there are numerous different routes you could take in attempts to get that recognition.

However, if the above points illustrated anything, it’s this: When selecting MVPs, Microsoft is going to look for people who actively contribute to the technical community — whether that’s through presenting at various conferences, authoring informative blog posts or white papers, creating online courses, or even getting involved with forums and answering questions on different community sites.

Microsoft itself states that prospective MVPs should be able to answer a resounding “yes” to the following four questions:

If you’re nodding your head in response to those four inquiries, you might just have what it takes to be seriously considered.

When it comes to the actual nomination process for the award, you have two options. Either you can hope that somebody notices your contributions (which they should if you’re contributing as much as you need to be!) and nominates you for consideration, or you can nominate yourself.

It’s important to remember that simply being nominated doesn’t necessarily guarantee you the designation. In fact, Microsoft remains pretty tight-lipped about the specifics of what they look for when weeding through applicants and details about how many MVP awards they grant each year.

Bertram states that many MVP hopefuls often have one final question that they’re eager to get the answer to: How involved do they need to be? In other words, how much helping within the community do they need to do in order to be a solid applicant for the award?

This is another question that doesn’t have a black and white answer, but Bertram offers some sound advice within his blog post on the topic.

“I’ll say that unless you’re reaching out to the community or working on some community project on a weekly basis, you’re probably not going to be chosen,” he advises. “MVPs are community leaders, and you can’t necessarily lead unless you’re committed. Being an MVP will take up a lot of your time after hours. Being an MVP separates those that occasionally share and help the Microsoft community from those that are passionate about it and love doing it on a regular basis.”

Needless to say, receiving an MVP award might not be straightforward or simple — but, it can serve as a huge boost to your career, particularly if you frequently work with a Microsoft product.

If you’re interested in being considered, what should your first steps be? First and foremost, look at Microsoft’s award categories and choose the ones that you specialize in. That will help you focus your community efforts and strengthen your qualifications in one particular area.

From there, it’s time to get involved. Get out in your community and make it your mission to spread your knowledge and help others. Award or no award, that’s a surefire way to make connections, leverage your experience, and strengthen your professional reputation. 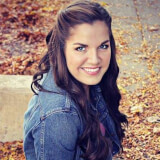 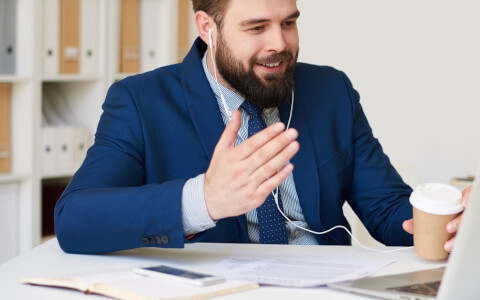 How to Use Microsoft Teams Video Conference

By far, the most popular feature of the Teams platform is the Microsoft Teams video conference. Learn all about it in this ultimate how-to guide. 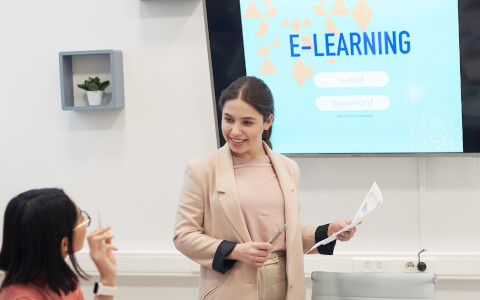 How to Choose the Best Font for PowerPoint Presentations